As a gardener I’ve not experienced anything more defeating than having something out of my control ruin my crops. We’ve had disappointments over the years when deer hopped the fence and chomped on the fruit trees, or a late frost killed off some crops. This year we were over run by voles and they slowly and systematically devoured the gardens.

The tell-tale signs started popping up slowing in late spring/early summer. Vole holes are small, about an inch in diameter. They don’t create mounds when they tunnel, and they leave evidence of their above ground trails, which is something moles don’t do.

No big deal, I thought, because vole holes have popped up over the 10 years we’ve gardened here. No harm, no foul. Then I started noticing leaves on my potatoes, and squash turning yellow. Soon, across the garden my lush, thriving caged strawberry plants suddenly had no strawberries and leaves were chewed off. The garden and land between the 3 garden areas looked like swiss cheese. 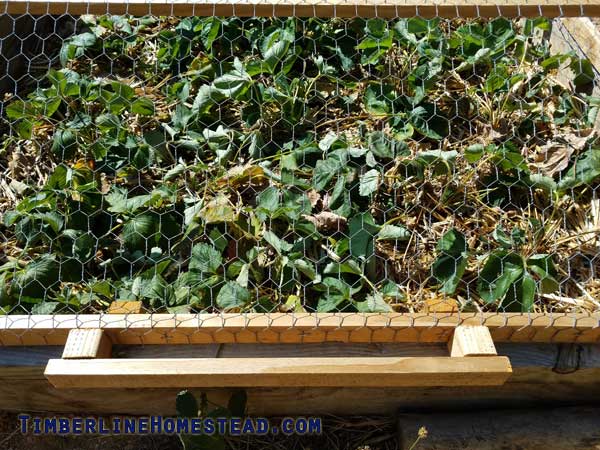 I first tried some Mole-Max, a castor oil granule that is spread around the affected area. Watering the granules pushes the pungent castor oil smell into the ground, which is supposed to deter the hungry tunnelers. This didn’t have an impact. Iwas promised it’s very effective, so I assumed I wasn’t using enough. Another jug of Mole-max was spread. At the same time the population seemed to boom. What started as a slowly deteriorating garden, was having significant new damage almost over night.

I was forced to harvest my potatoes from my grow bags early, because we were clearly losing the battle. Sure enough I spied the mouse-like critters crawling out of my potato bags when I watered. 3 were dispatched when the unsuspecting voles were uncovered when I moved the grow bags. 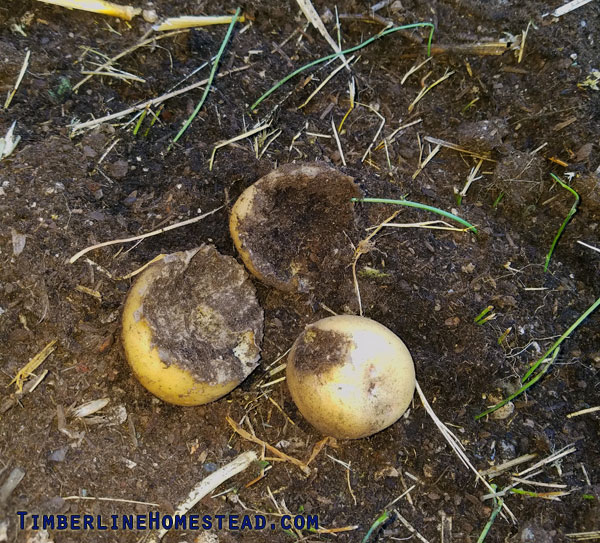 Stepping up my defenses I decided to set as many mouse traps as I could scrounge up. 15 dappled the gardens, and every few days I’d have another sprung trap. They’re tricky little things though. Often 4 or 5 traps would be sprung but empty.
Yet another remedy I’d been told was to spread human hair in the garden as they supposedly don’t like our smell. I saved up hair after haircuts and stuffed it into the holes.

It’s July and my garden consists of some sad strawberry plants trying to recover from a major assault and my tomatoes, which miraculously seem to be unscathed.
I think the current death toll is around 7 or 8 voles. Pairing the use of the mole- max, the apparently disgusting smell of human hair, and presumably the shrinking food source (as my garden is nearly dead) the vole activity seems to have dwindled.

Rhi enjoys spending time with her family and working on the homestead. During spring and summer she is often found tending to her garden, and mini-orchard.
Previous Meal Planning for Surgery Prep
Next Blackberry harvesting with the kids