Planting Raspberries on a Trellis

In early March we had an unusual stretch of warm, beautiful weather. We decided to take advantage of it and got our raspberry babies in the ground.
The plot is a space we were on the fence about for some time. It is prime real estate right off of the deck in the “back yard” and we wanted to use it well. We agreed a permanent crop would live there but debated trying asparagus or artichokes. Raspberries ultimately won the coveted spot because we wanted to utilize the existing lattice, which encloses the under-deck space, as a trellis. 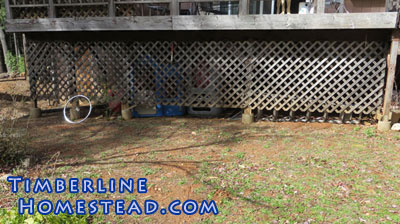 I haven’t seen much in the way of examples of neat and tidy raspberry trellising. Usually the trellis is more of a cage with the canes trained/trimmed to stay within the confines of the designated grow area.
Our approach is different because we want to train the raspberries to live in an espalier-like shape. I’m not convinced it will work but if it does, it’ll be wonderful!
This is the plot: 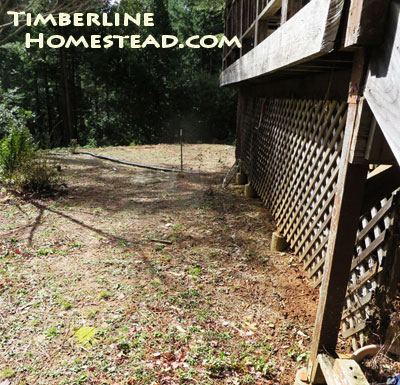 Once the dense clay dirt was moved, we amended with some soil booster and mixed the dirt back into the bed. 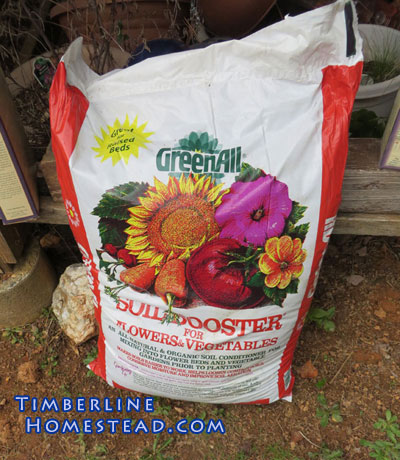 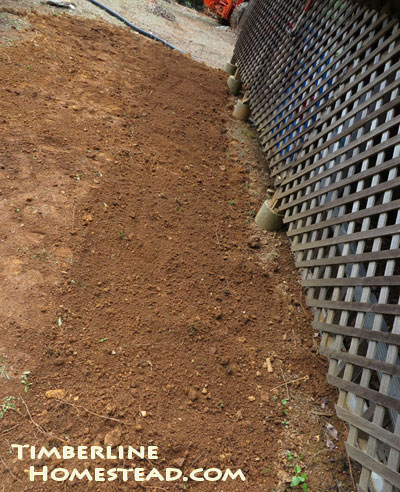 The raspberries are in! 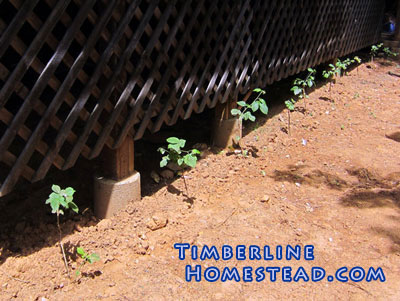 Rhi enjoys spending time with her family and working on the homestead. During spring and summer she is often found tending to her garden, and mini-orchard.
Previous Storing Bulk Cheese
Next What’s happening in the garden May 4