How to move raised garden beds

Now that the fence is up, it is time to get moving on the garden beds. We had built 2 raised garden beds out of some lumber a couple years ago before the fence went up. After the fence was up, I decided in order to optimize the garden space one of the raised garden beds would need to be repositioned. They were spaced originally much farther than necessary to allow maximum ease and comfort while working in the beds. I now wanted to add another bed and move then closer together. 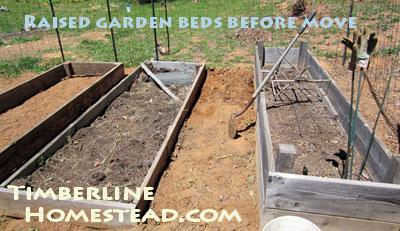 I wasn’t sure how difficult it would be to move a raised garden bed which already had soil and had settled into its little space for 3 years, or if I could do this alone. I figured the easiest way to move it would be to dig out the new space I want the bed to sit in which also freed up the soil right next to the raised garden bed. I basically moved all the dirt inside the bed to the center of the bed, and dug out the bed from the outside.  With the wood raised bed freed up, I was able to just slide the bed into its new position. 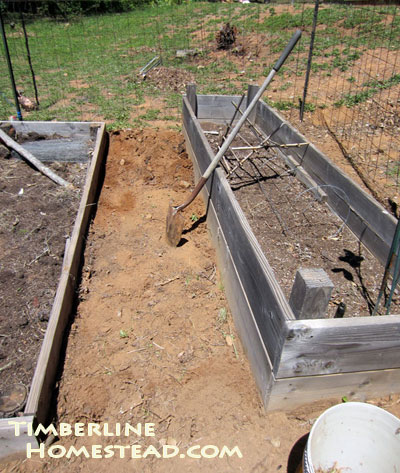 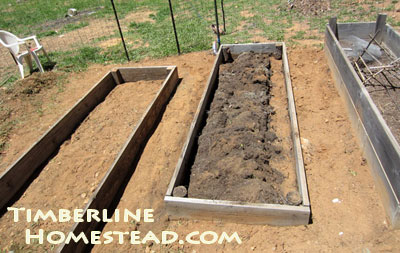 The raised garden bed on the left is the newest addition and was built out of some extra douglass fir boards we had hanging around with 4×4 corner posts. 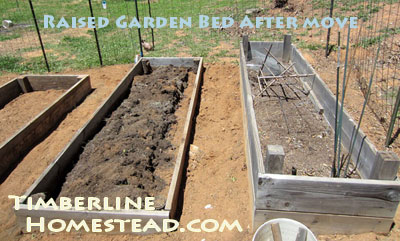 And here they are all nestled in and ready to get growing.

Rhi enjoys spending time with her family and working on the homestead. During spring and summer she is often found tending to her garden, and mini-orchard.
Previous Installing a garden fence
Next Planting a Vegetable Garden